2/9/09 - Doogie finishes his championship!!!  He went BOW for his 3rd major at the Denver Dog show.  It was such a great win as his sister (Revvie) went BOB, and his brother (Chip) went BOS.  What a day!!! All 6 of this litter are now finished!

"Doogie" lives the Life of Riley with Dawn Madge and her mother, Alice, in Rapid City, SD.  He has already taken the show ring by storm and has both of his majors as well as some single points.  He even went Best of Breed over a special for his second major.  Doogie is very elegant, has a beautiful topline and head, and moves like a dream.

Doogie is learning obedience, rally, and freestyle already!!  Dawn spends a great deal of time training and truly has an amazing relationship with all of her dachshunds.  Sherry and I feel very fortunate to have Doogie in this fabulous home!!

Doogie was bred by myself & Sherry Ceplius of Kaycees Miniature Dachshunds. 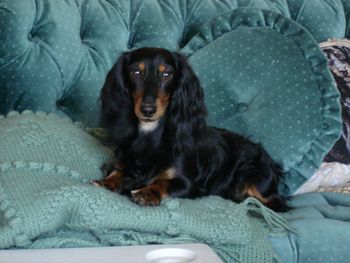 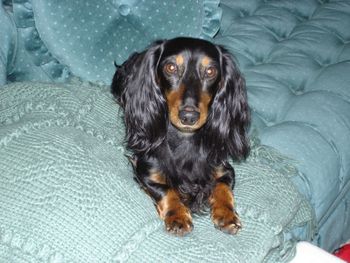 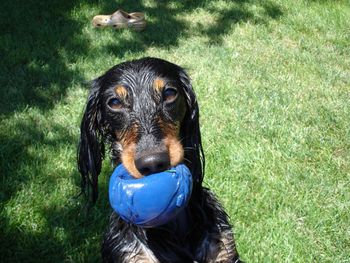 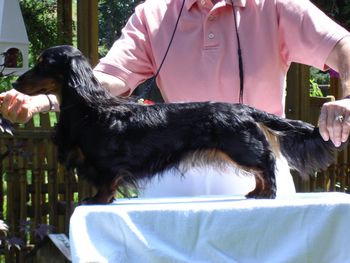 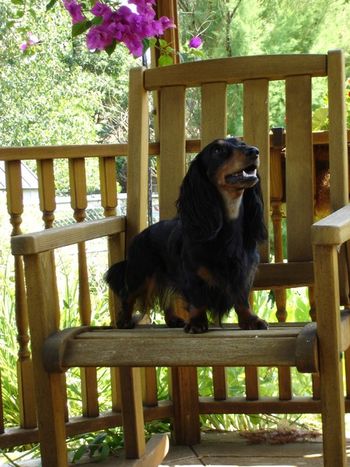 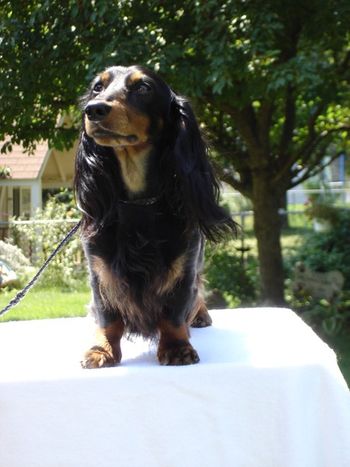 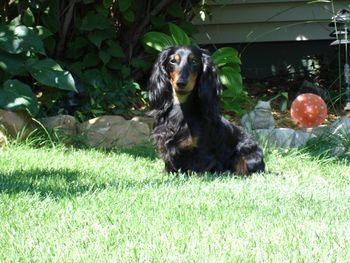 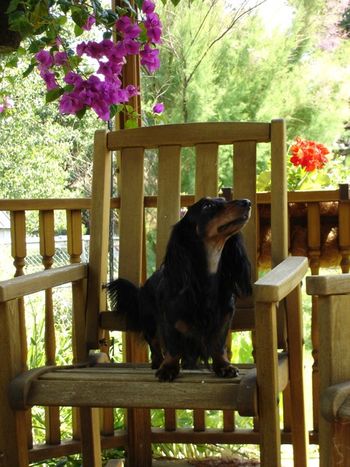 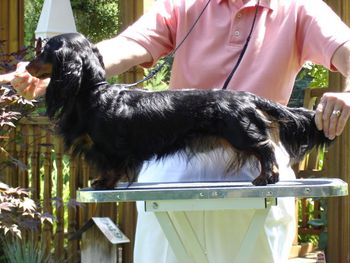 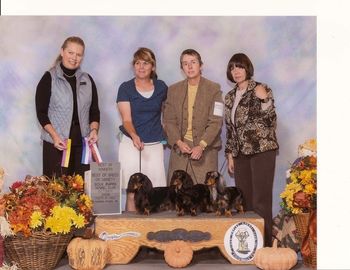 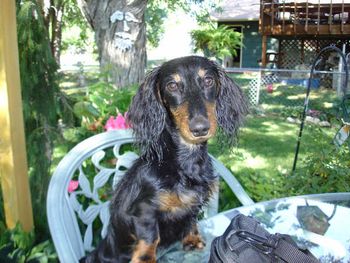 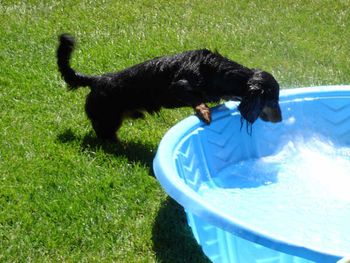 Heck of a big water bowl!!

See how tough Doogie has it!! 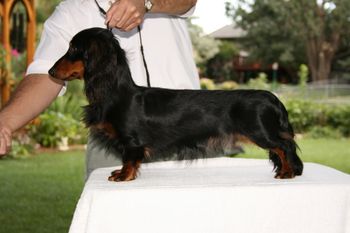 Doogie learning to stack at about 9 months old.