Josie is my pick puppy out of the Cameron/PJ Litter (you can go to this page and see the entire litter).  She has a delightful temperament and just gets prettier as she matures.  She has only been shown at 3 shows as she lives in Arizona.  She took a major at the Greeley specialty, she took a major at the Tuscon shows, and was reserve winners bitch 3 of the 4 days in Palm Springs at just 15 months old.  We are thrilled with how she is maturing and will have her at the Irish Setter National in North Carolina in May 2019.

May 2019 - I showed Josie at the Irish Setter National in Ashville, NC.  She placed 4th in a large bred by class so I was thrilled.  Judge was Betty Anne Steinmark. Her movement was flawless.  She could have stacked a bit better for me but she truly hasn't been shown much.

8/16/19 - Josie goes BOW at the Irish Setter Club of Colorado for a 3 point major which finishes her championship!  Thanks so much to j. Sheila Smith.  She was shown the next 3 days as a "move up" and she made the cut 2 of the days and was select for a major toward her grand championship on Sunday under j. Clyde Shaw.

Josie will go home to Tom and Suzy to "grow up" and eventually be bred.  I will probably bring her out as a special after she has her first litter.

Josie lives with Suzy & Tom Gehrls in Phoenix, Arizona.  I am grateful to them for the love and care they give her. 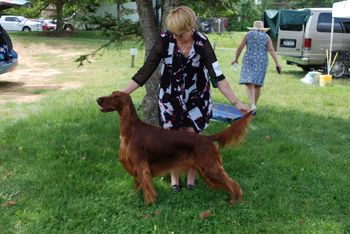 Josie at the Irish Setter National in May of 2019 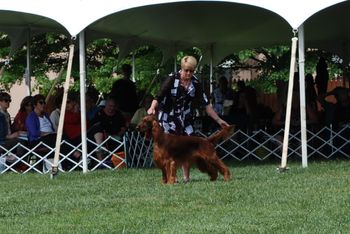 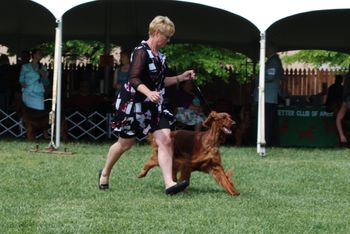 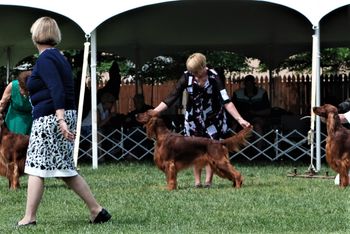 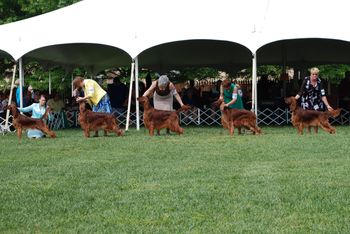 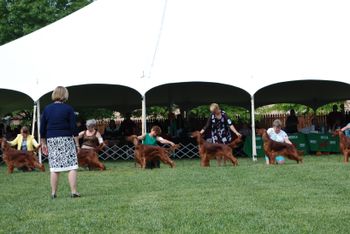 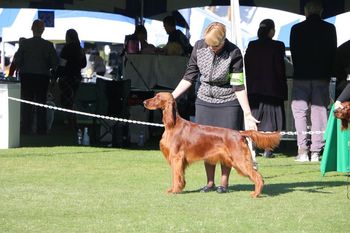 Josie showing in Palm Springs in Jan. 2019. She is 15 months old. Photo courtesy of Leslie Brochu. 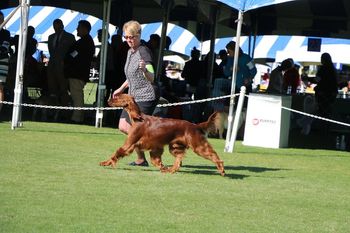 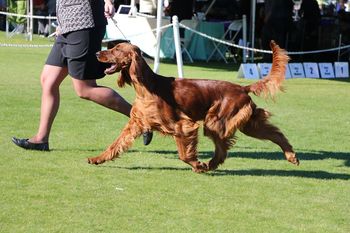