Gem is the sole surviving puppy out of Caper's first litter.  Caper had 3 girls and one boy - one girl was born dead and then I lost another girl and the boy over the next 4 days.  It was DEVASTATING!!  I did necropsies and the girl died of aspiration pneumonia but there was no cause of death found on the boy.  Needless to say, Gem has been smothered in love and Shea and I are so thankful that we have this special girl...hence her name...Galewinns Treasured Gem!!  She has been very healthy from the start and has the most delightful temperament - it is truly a combination of Willy & Caper.

Gem is co-owned with Shea Jonsrud and myself - she lives with Shea and her uncle Baxter.

7/11/15 - Gem is entered in her first show and she goes Winners Bitch for a point under j. Murrel Purkhiser!  What a fun start!

8/13/15 - Gem is in her first specialty - Rocky Mountain Hound Show - and goes Winner's Bitch for a 3 point major under j. Micheal Dougherty!!!  Such a great start for this little punkin!

8/15/15 - Gem does it again!!!  She goes Winner's Bitch and Best of Winners for another 3 point major under j. Adrian Woodfork.  Wow - what a weekend for this little girl!

8/30/15 - Gem goes Winner's Bitch, Best of Winners, and Best of Breed (over her mother!) to finish her championship with 4 majors!!!  This wonderful win was under j. Patricia Trotter.  We are over the moon - what a finish at only 8 months old!!!  Shea and I are thrilled with this little girl - she truly is a "special"!! 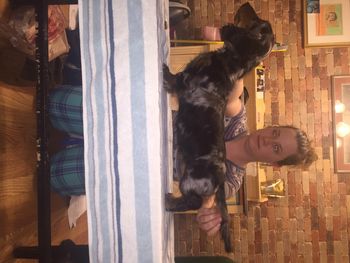 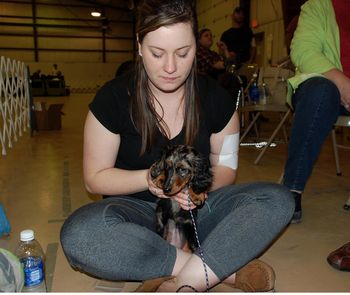 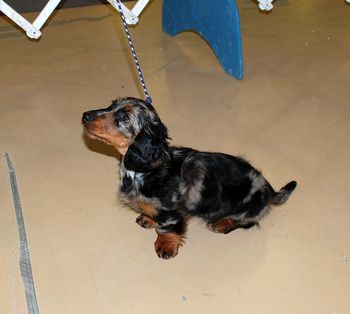 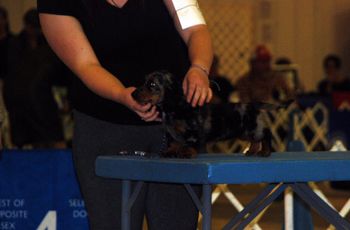 On the table being examined. 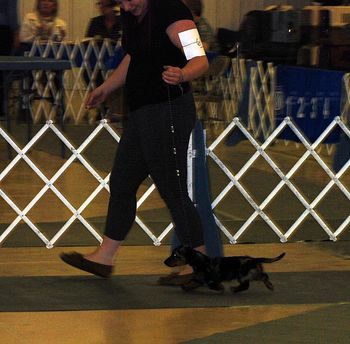 Moving in the ring - she was so darn cute! She just moved like she has done this forever! 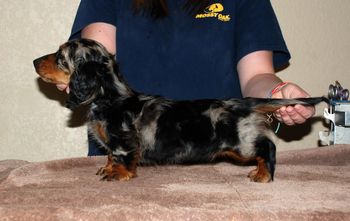 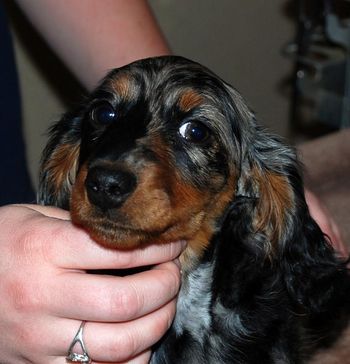 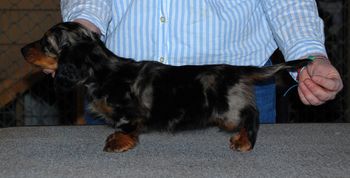 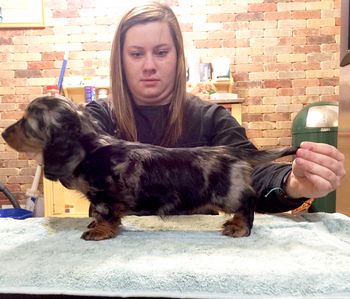 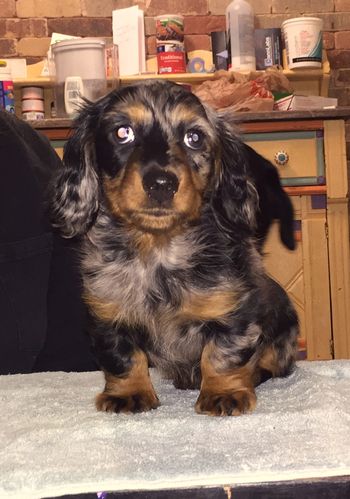 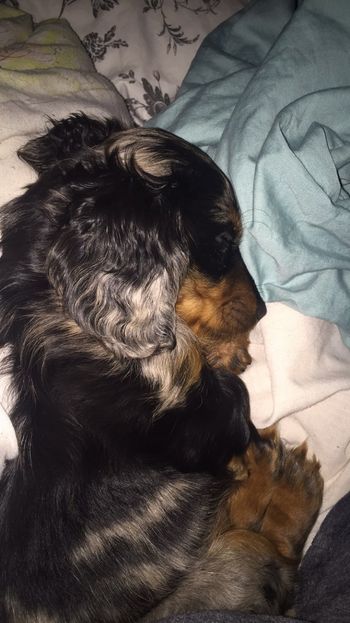 First night with Shea. Too cute! 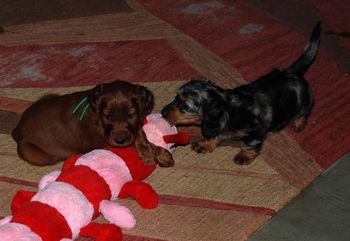 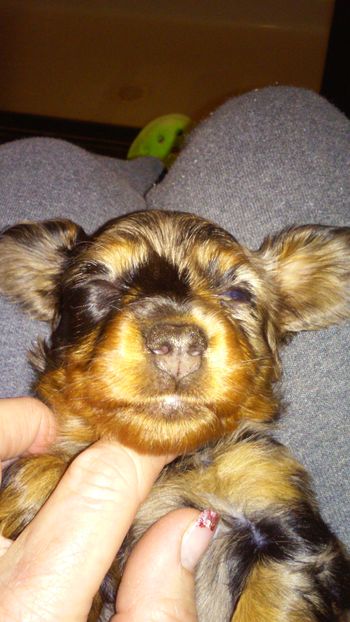 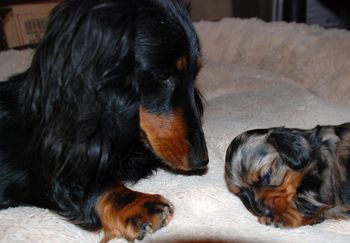 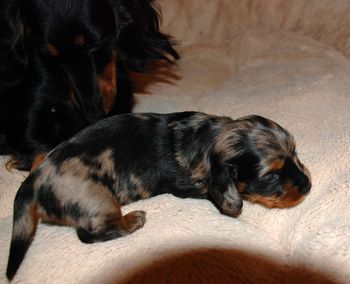 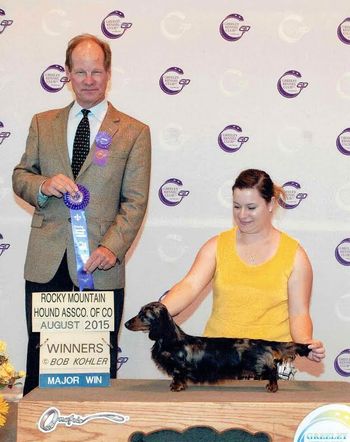