"Willy" is co-owned with myself & Shea Jonsrud.  He absolutely LOVES to show and Shea and Willy have become quite the team.  Willy is pictured above finishing his championship at the Columbine Dachshund Club Specialty.  Shea put on all Willy's points and I got the pleasure of putting his last major on.  He is such a joy to show and has such a neat temperament.  Watch for Willy in the ring as he will be selectively specialed. 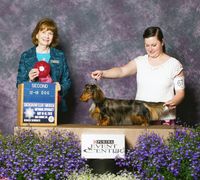 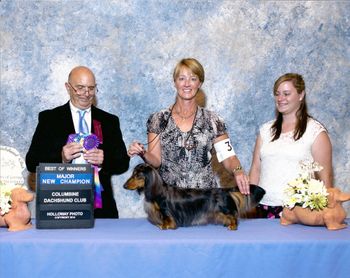 This is Willy's littermate "Rascal". Shown here winning Best of Breed at Westminster Feb. 2014!!! And we were there so see it in person. Such a great win! CH. Kaycees Galewinns Starburst at Wagsmore MLD 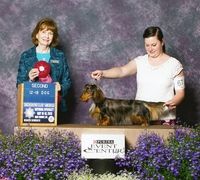 Willy going second in his class at the national. He went second to his brother Rascal!! May 2013 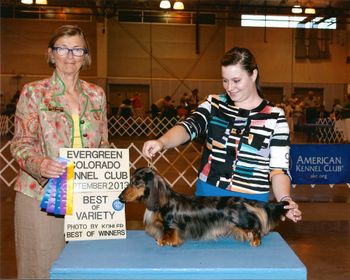 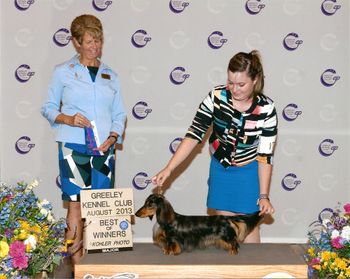 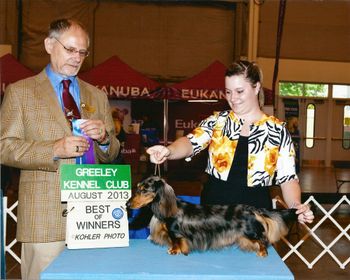 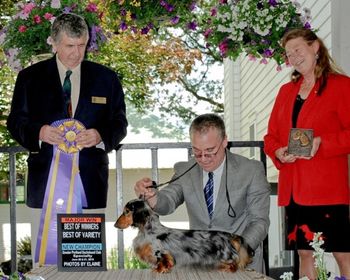 This is Willy's littermate. His name is Rascal and he is owned by Karyn & Jeff Dionne. Ch. Kaycee’s Galewinns Starburst at Wagsmore ML June 2013 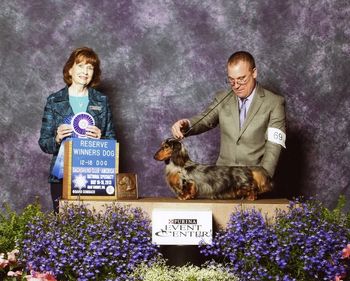 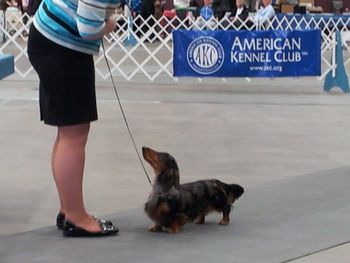 Willy in the ring with Shea at 8 months old. 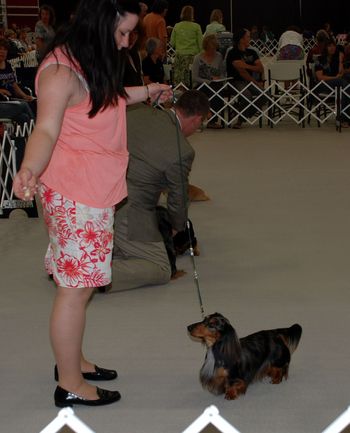 Willy being shown at the Dachshund National in Missouri. May 2013 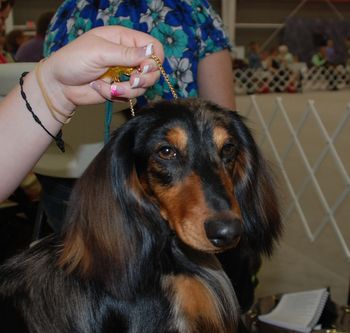 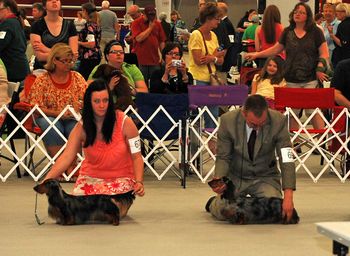 Willy with Shea and his brother Rascal owned by Jeff & Karyn Dionne. Rascal took first in the class and went on to get reserve winners dog at the national!! Willy was second in the class. We were very happy! 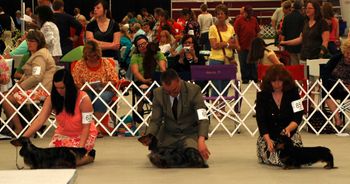 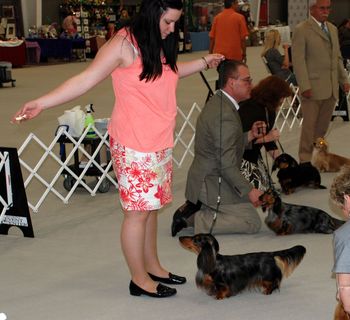 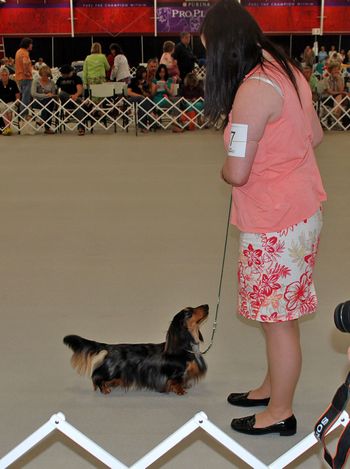 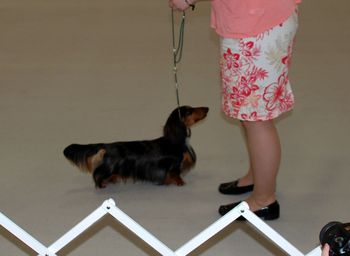 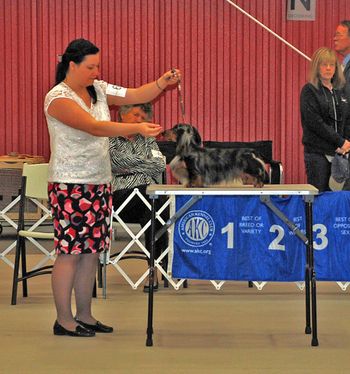 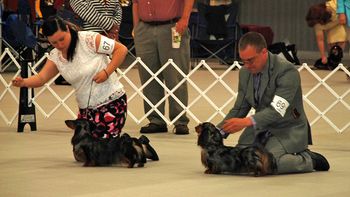 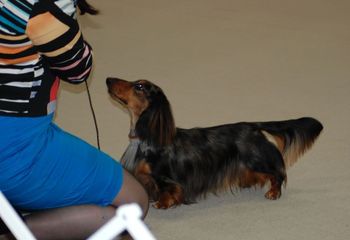 He so loves his Shea! 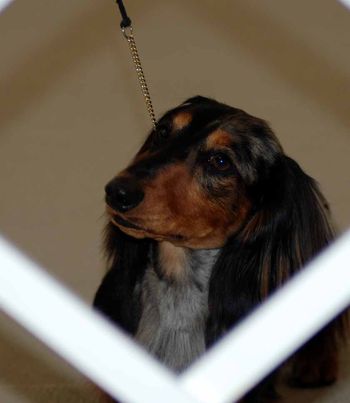 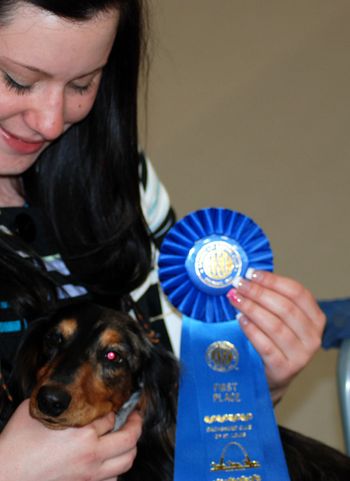 Willy wins his class of 12 at the specialty before the National. 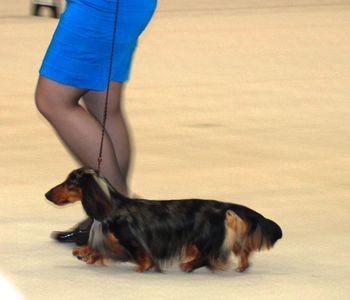 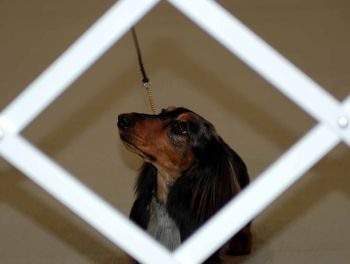