Sherry (Kaycees Dachshunds) and I had two litters that were 3 days apart.  My litter was a singleton puppy....so I raised this boy out of Sherry's litter with my little girl Jinx (see page on website).  Frankie has the most delightful temperament - loves every person and every dog.  He has started his show career at 9 months and has two points. He is catching on quickly and is really fun in the ring.

Frankie easily finished his championship and his grand championship.  He stayed home for about 2 years and then we brought him out as a special.

Frankie is owned by Diane Kulesa and is co-owned by Sherry Ceplius and myself.

12/14/2018 - Frankie wins the DCA specialty in Orlando, Florida under j. Jeffrey Pepper!!  There were 67 dachshunds entered with over 40 specials.  We were so thrilled.  Thanks to Melissa Mato of MGM Handling who handled him to this win.

12/15/18 - Frankie goes Select Dog at the Royal Canin National Championship!  What a weekend for him - so proud! 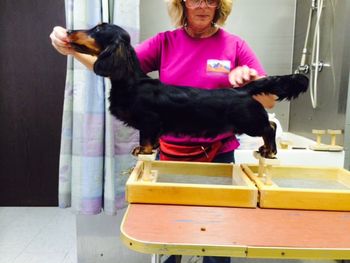 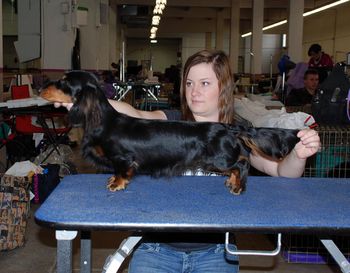 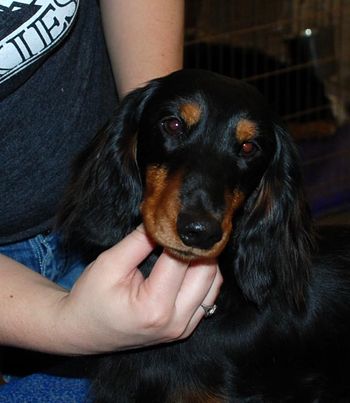 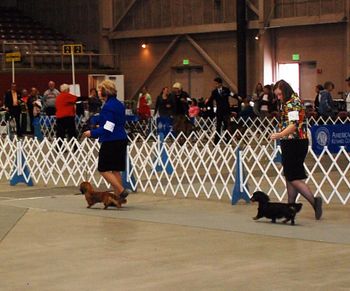 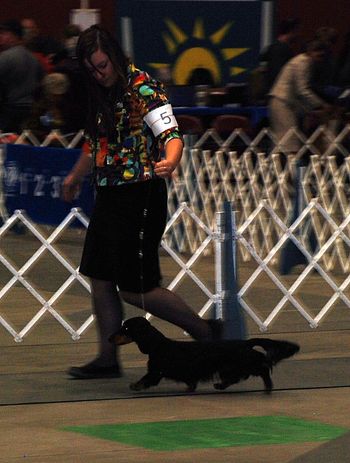 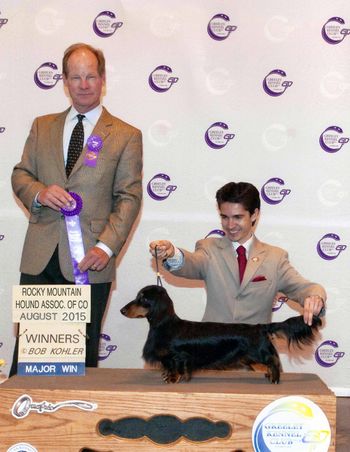 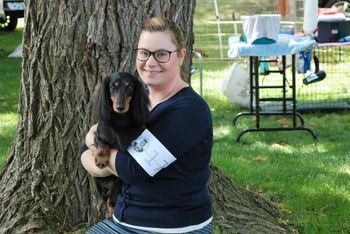 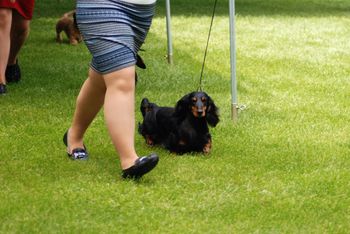 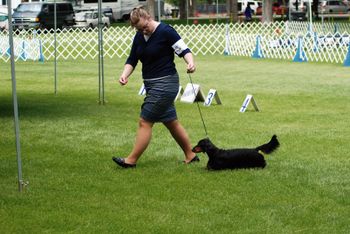 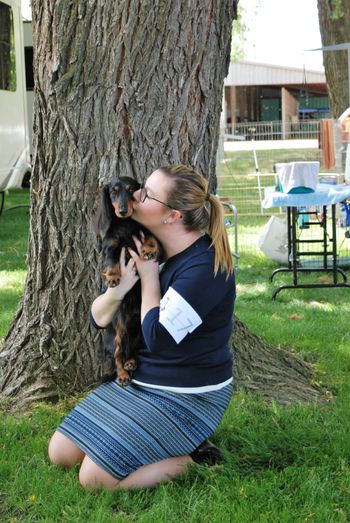 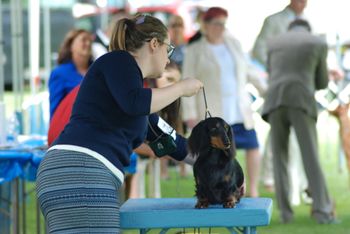 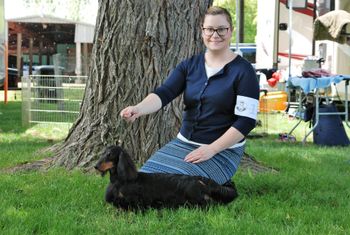 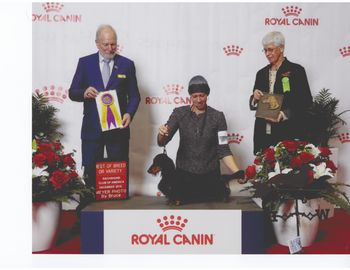 Frankie winning the variety at the DCA regional specialty in Orlando. Dec. 2018. Handled by Melissa Mato.