Sasha is the pick female out of the litter and, boy o boy, did she live up to it!!  She finished easily at 15 months old and was the first in the litter to complete her championship. She has such an attitude!!  She has a lovely head, topline, and movement but her attitude is amazing.  She moves around the ring with such style and NEVER lets down.  She is absolutely a dream to watch!

7/1/08 - Sasha takes BOB and a Group 4!!!!  She was shown at the Buckhorn Valley Kennel Club in Loveland, CO and what a weekend she had!  We are all very proud and pleased to say the least.

Sasha is owned and shown by Sherry Ceplius of Kaycees Miniature Dachshunds (kayceeminis@mesanetworks.net) and co-owned with me.  Here is Sherry's info: 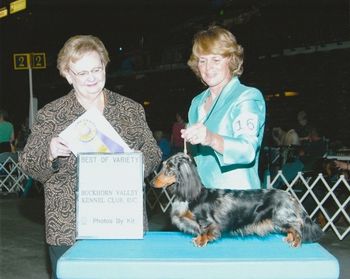 Sasha winning the breed. July 2010 Loveland, Colorado. Look how nicely she has grown up! 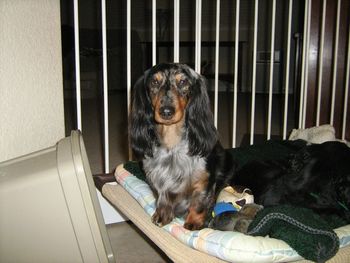 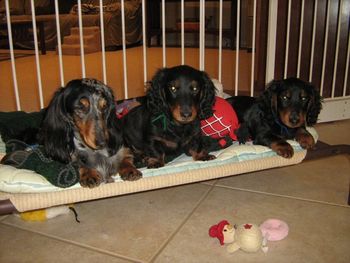 Sasha laying with her two nephews (Boot's puppies). She has been such a good "auntie"! 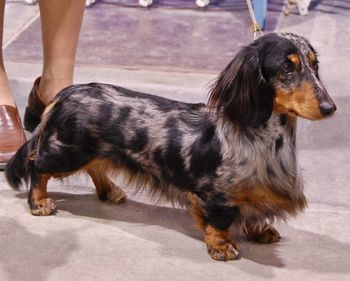 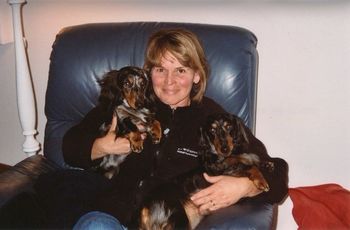 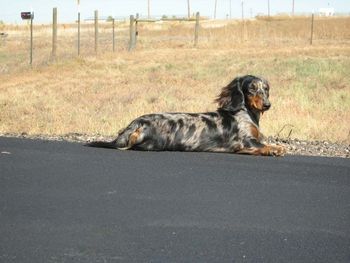 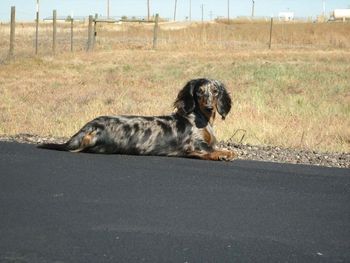 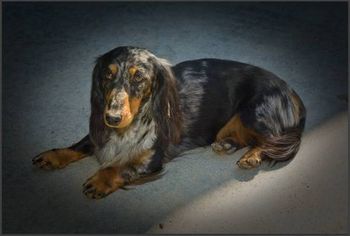 Sasha relaxing on the driveway. September 2008 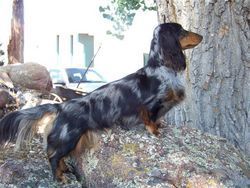 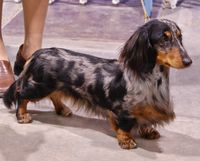