Shea & Bagger have been a team since May of 2008.  In that short time they have accomplished so much!!  They qualified for Eukanuba and for Westminster in only3 short months.  And...they already have 6 of the needed 10 wins to qualify for Westminster in 2010.  Shea is #1 Irish Setter Junior handler, #7 Sporting Group, and #13 all-breed.

This has been such an enjoyable adventure for me to watch.  Bagger was getting bored sitting on the couch at home when I retired him from the show ring.  He would get upset everytime I went to a show and left him behind.  So...I approached Shea to see if she would like to use Bagger as her juniors dog.  Well...as they say...the rest is history.  Shea does such a beautiful job grooming and handling Bagger and he is having sooo much fun being back in the ring.  He actually stood at ringside with Shea and was pawing at the ring gate to get into the ring.

It warms my heart to see the two of them together in the ring.  Sure makes the dog shows even more fun! 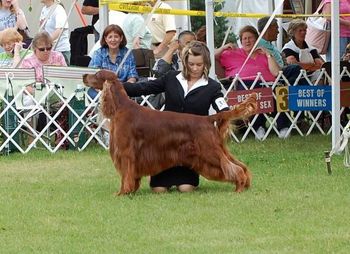 Shea and Bagger showing in Juniors at the Irish Setter National in Waukesha, Wisconsin. As usual, Shea did a beautiful job with Bagger and he LOVED every minute of it!! June 2010 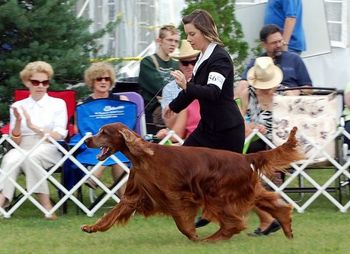 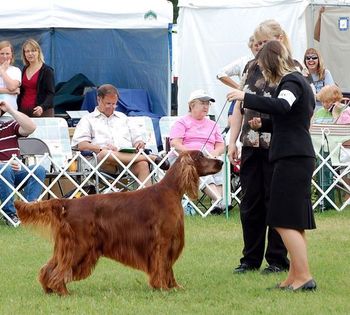 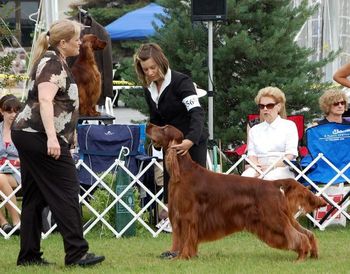 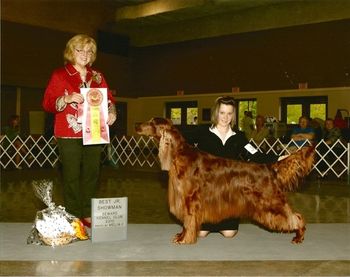 Shea goes "Best Junior " in Seward, NE on May 2nd, 2010. Congrats to both Shea and Bagger - they sure make a great team! 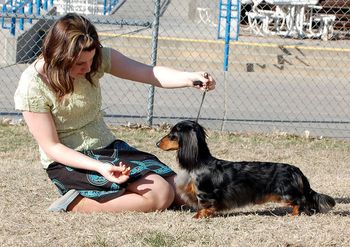 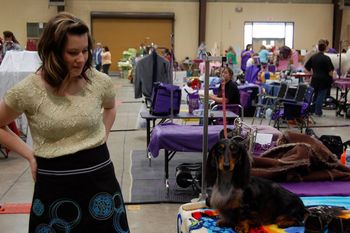 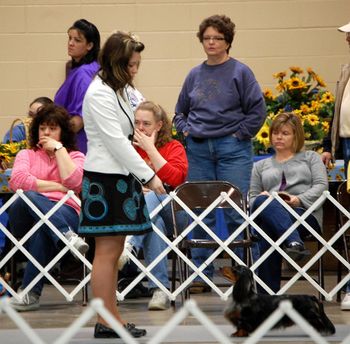 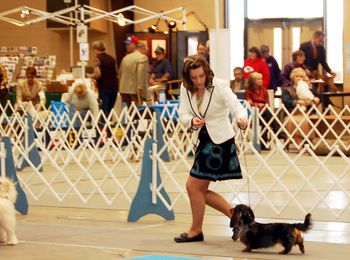 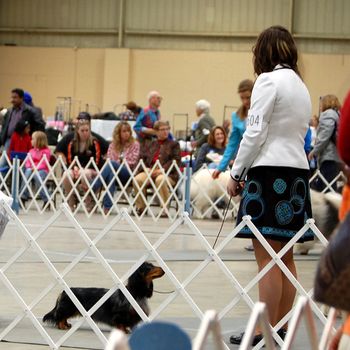 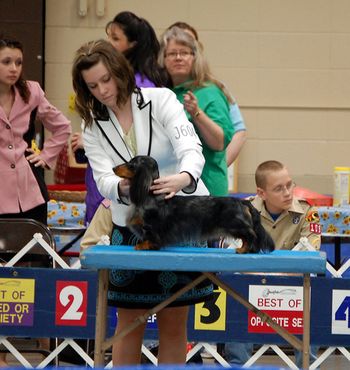 Shea with Baxter in Juniors for the first time. She placed 2nd. Garden City, KS - March 2010. 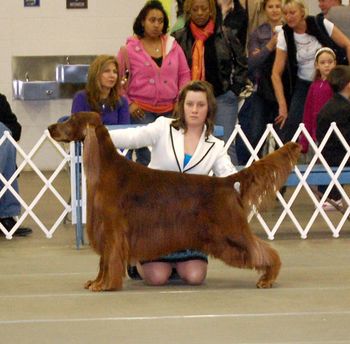 Shea showing Bagger at the Denver shows. Feb 2010. They did great - huge classes and she got two second places!!! 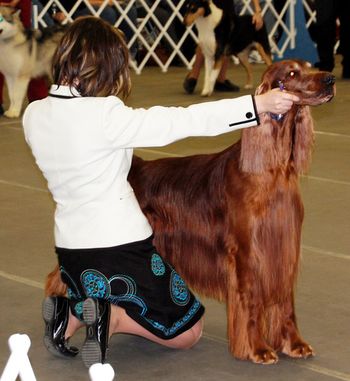 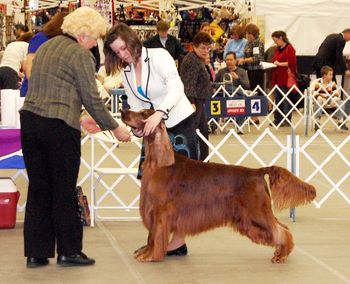 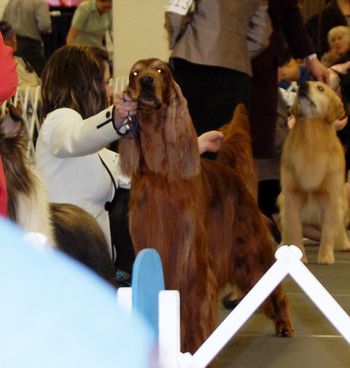 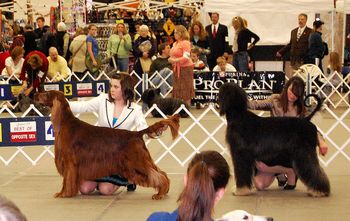 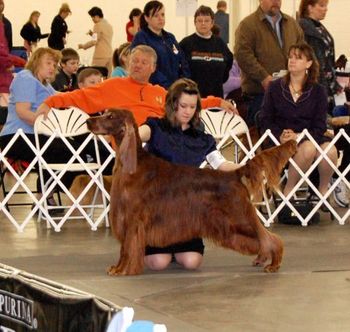 Shea on the second day at the Denver shows. Feb 2010 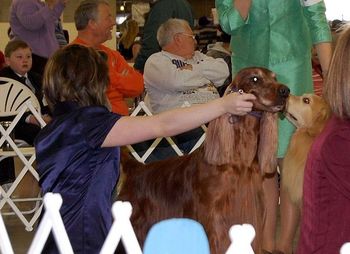 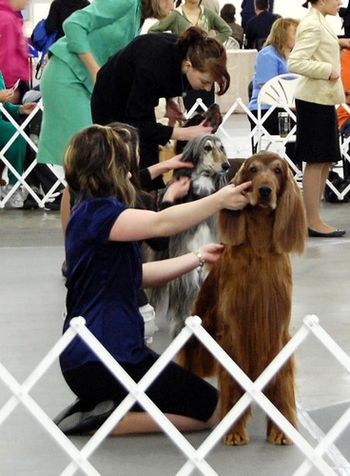 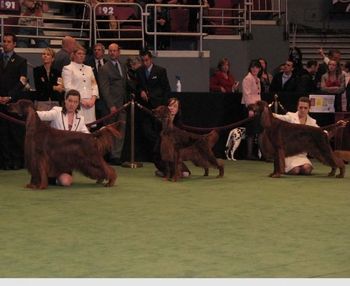 Shea at Westminster with Bagger!! Feb 2009 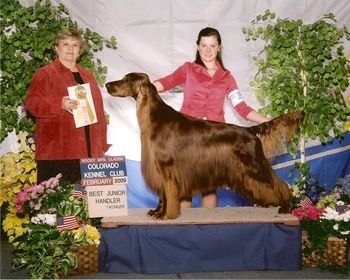 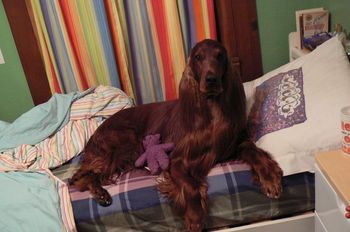 Bagger in Shea's room - notice the stuffie close by! 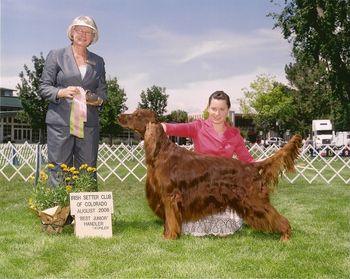 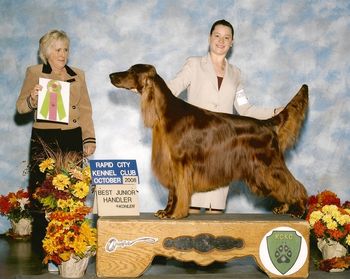 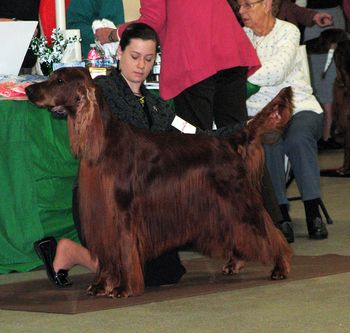 Shea & Bagger in New Jersey at the Irish Setter Specialty in Feb. 2009. She won her class all 3 days! 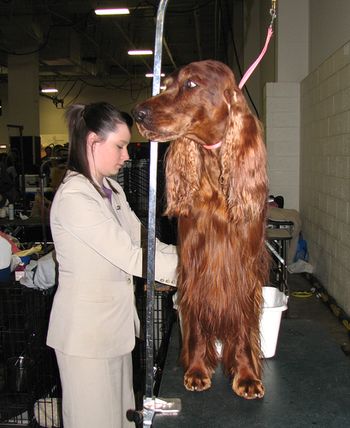 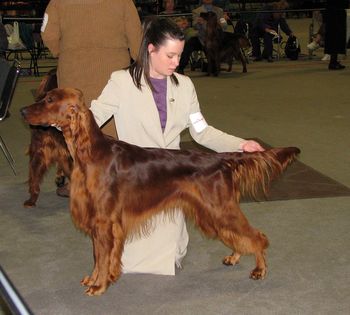 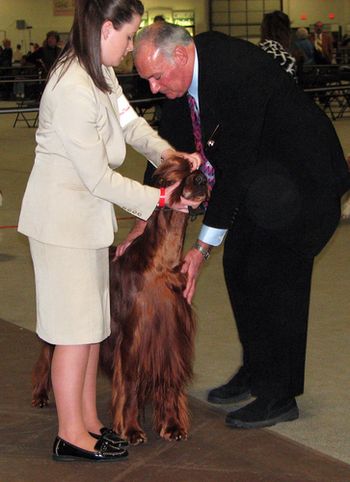 Shea presenting Bagger to the judge.